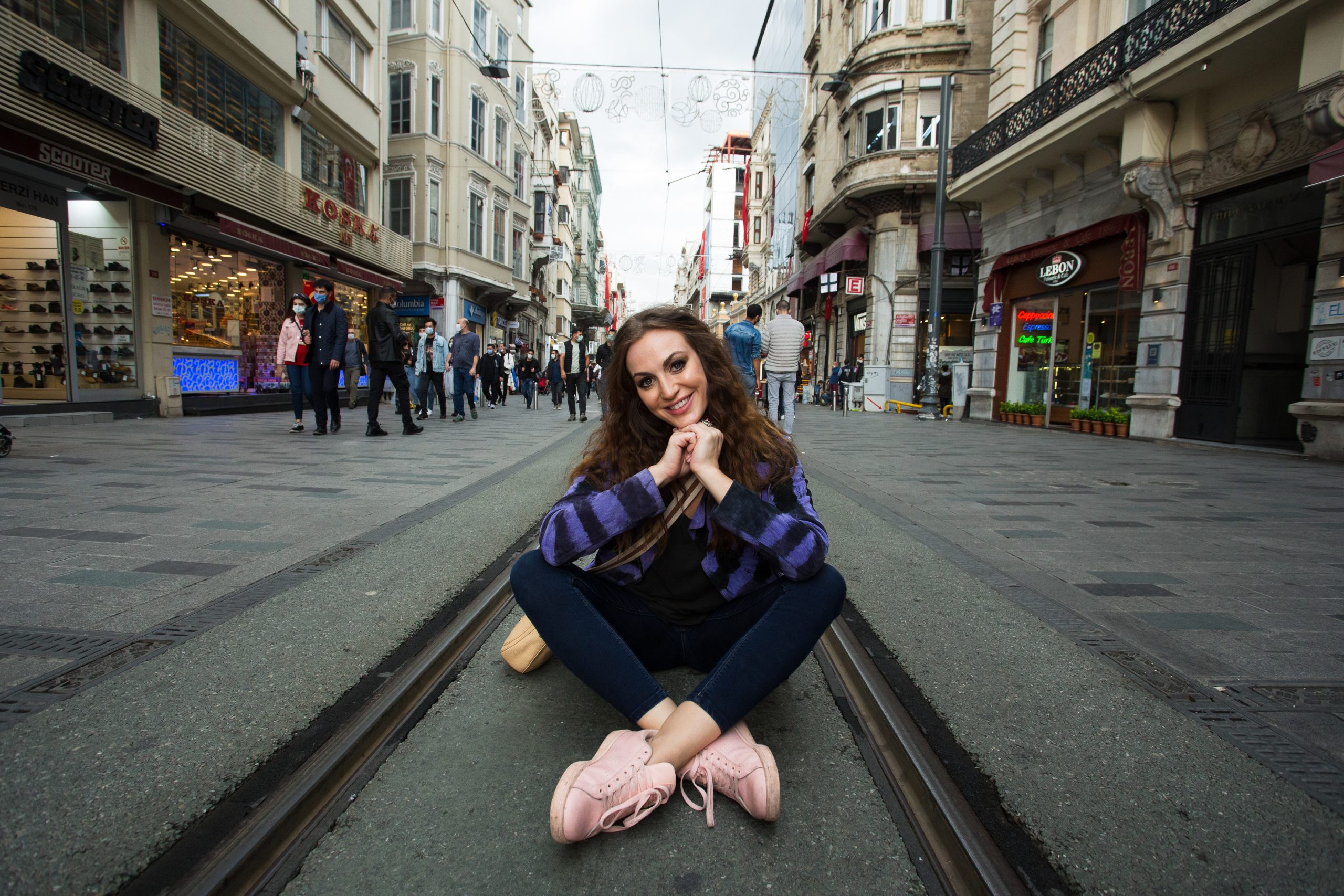 A complete guide to Beyoglu Istanbul

Beyoglu known for its architecture and creative community of artists, writers, performers and media types.

It is also a major business center, a popular cultural and vacation destination, and the sort of place where life never stops moving for a minute. It hosts several million visitors every single day, including vacationing Turks and those traveling in from abroad.

The name of the city has an ancient and romantic history. Its name translates to “The Master’s Son,” and is named for a house on a hill that once served as the residence of one of Emperor John Konmin’s children.

Beyoglu is also unique in that foreigners and travelers have lived here practically since its founding. In fact, almost as soon as the permanent water supply was set up, embassies from all over the world began flocking here. This has led to the city being much more Europeanized than other similar territories of Istanbul.

Best things to do in Beyoglu Istanbul

When visiting, many tourists tend to focus on the small area that houses the majority of the main attractions. But while Istiklal Street, Taksim Square, Tarlabashi, and Galata Tower are all wonderful sights, there is much more to see. Not only does Beyoglu District boast some 45 different quarters, but it covers a huge area that stretches along the banks of the Bosphorus inland to the Besiktas region.

Where modern Beyoglu is a storehouse for all that is unusual and interesting, in ancient times, it was a suburb of Constantinople. After the capital’s capture by the Turks, Sultan Mehmed II guaranteed all the inhabitants of this settlement safety, allowing them to keep churches and a variety of other buildings.

For the antique hunters there is a side street off of Istiqlal Street in the small Cukurcuma neighborhood, full of picturesque shops with cluttered windows and eccentric, gray-haired proprietors.

In the old days, the port of ​​Galata was called Karakoy, which means “black village.” The moniker was meant to refer to the smoked facades of the houses, which were built by the Genoese using ancient building materials and techniques. Today’s Karakoy is a modern port and major transportation hub.

Similarly, in the XIX century, when the construction of the new Istanbul began on the hill, magnificent buildings and houses in the Art Nouveau style began to fill the city. This was followed by modern shopping streets and boulevards, later supermarkets, fashion boutiques, and nightclubs.

The heart of Beyoglu is Istiklal Caddesi, a long boulevard lined with 19th-century apartment houses and thronged with pedestrians day and night.

One of Beyoglu District’s main attractions, Istiklal Street, stretches for nearly three kilometers, beginning near Galata Tower and ending near Taksim Square. On non-work days, it can often seem like half the city is out walking along Istiklal. Indeed, it is a wonderful spot for pedestrians to take in the air. There is one, particularly retro exception, however. You see, there is a red wooden tram that rumbles up and down Istiklal from Taksim Square to Tunel. Should you tire of walking, you can hop onto it and watch the crowds and captivating city life from its windows.

Istiklal Street is also where you’ll find the majority of foreign embassies. You’ll also see churches belonging to a wide variety of faiths, including Armenian, Greek, and Turkish. This makes Istiklal a wonderful place to visit for those interested in church architecture. Santa Maria Draperis and the Catholic Church of St.Antoine, which were both built at the beginning of the last century.

At the center of Istiklal Street, you will find Galata Square. This area is known for a number of different attractions, including Galatasaray Lyceum, 1875 Post Office, the famous Flower Passage, the Fish Passage, as well as the classic Galatasaray Bath. Restaurants and bars here are nearly always crowded to capacity, which is surprising considering the prices are usually 20% higher than they are on neighboring streets.

When you arrive at the end of the boulevard, near Tunel Square, walk another couple of blocks to the 650-year-old Galata Tower and climb to the top for one of the city’s most spectacular views.

The Flower Passage in Beyoglu

About midway along Istiklal is an arch marked ”Cicek Pasaji,” or Flower Passage. The one-time flower stalls are now restaurants, but to find the best places, skip the ones inside the arch, wind past the fish and fruit stands and turn down one of the narrow passages filled with restaurants known as meyhanes.

In the 1940s, flower shops completely flooded a building in Galata Square. This led to it being nicknamed Cicek Pasaji, or “The Flower Passage.” The trend of selling flowers here, however, actually started much earlier. In 1917, following the Russian Revolution, many Russian citizens immigrated to Beyoglu. Many shops began opening up in the passage, and many of them sold flowers. Of particular interest is the fact that many of the shop owners were of former Russian nobility, so it wasn’t uncommon to buy your flowers from someone who was, until recently, a princess or countess.

By the time the 1960s arrived, these flower shops had largely been replaced by bars and other drinking establishments which were – and still are – immensely popular among the city’s workers. Today, a variegated audience gathers here every day, from tourists to locales to those looking to draw inspiration from the romantic setting.

After all, the Flower Passage always has a special atmosphere. At all times of the day, you can find musicians playing on corners. Cafes and restaurants invite guests to taste the meze, all of which are prepared differently from place to place. A must for anyone visiting Beyoglu, The Flower Passage is a great place to taste national Turkish cuisine, listen to gypsy folklore, and enjoy the Ottoman romance of old Istanbul.

Other Places of Note

Beside the passage, on Sahne Sokagi Street, you will find Balyk Pazary Fish Market. Here you can ship for fresh-caught local seafood and fish. Though called the “fish market” you will also find a variety of goods, including fruits, vegetables, seafood, spices, sweets, and leather goods.

Another place worth exploring is Taksim Square. In a way, this is sort of a “boundary line” between the old city and the new city. This is where you’ll find luxury hotels and accommodations, fine dining restaurants, and other, more affluent fare. The square is also a traditional venue for large-scale public events such as military parades.

There are a number of attractions here worth checking out as well, including Taksim Park, the Monument of Independence, the Holy Trinity Church, Ataturk Cultural Center, Taksim Mosque, and Taksim Art Gallery. The square is also the traditional spot for holding official demonstrations. For instance, nearby, you would find Gezi Park, a place whose demolition led to the strikes of 2013. After days of skirmishes, the scheduled demolition of the park was halted. Ironically, the square is also where fans of Galatasaray and Beşiktaş gather after matches.

From here, you can walk back along Istiklal to see a variety of interesting places and sights. From 19th-century Art Nouveau architecture and rooftop restaurants to art galleries, workshops, boutiques, nightclubs coffee houses, hotels, and more – you will have no trouble something to delight you.

Beyoglu was a renowned intellectual center in the 1960’s and 70’s, and, after a period of decline, its streets again resemble the Beyoglu of 350 years ago.

I hope you enjoyed this guide to Beyoglu Istanbul . 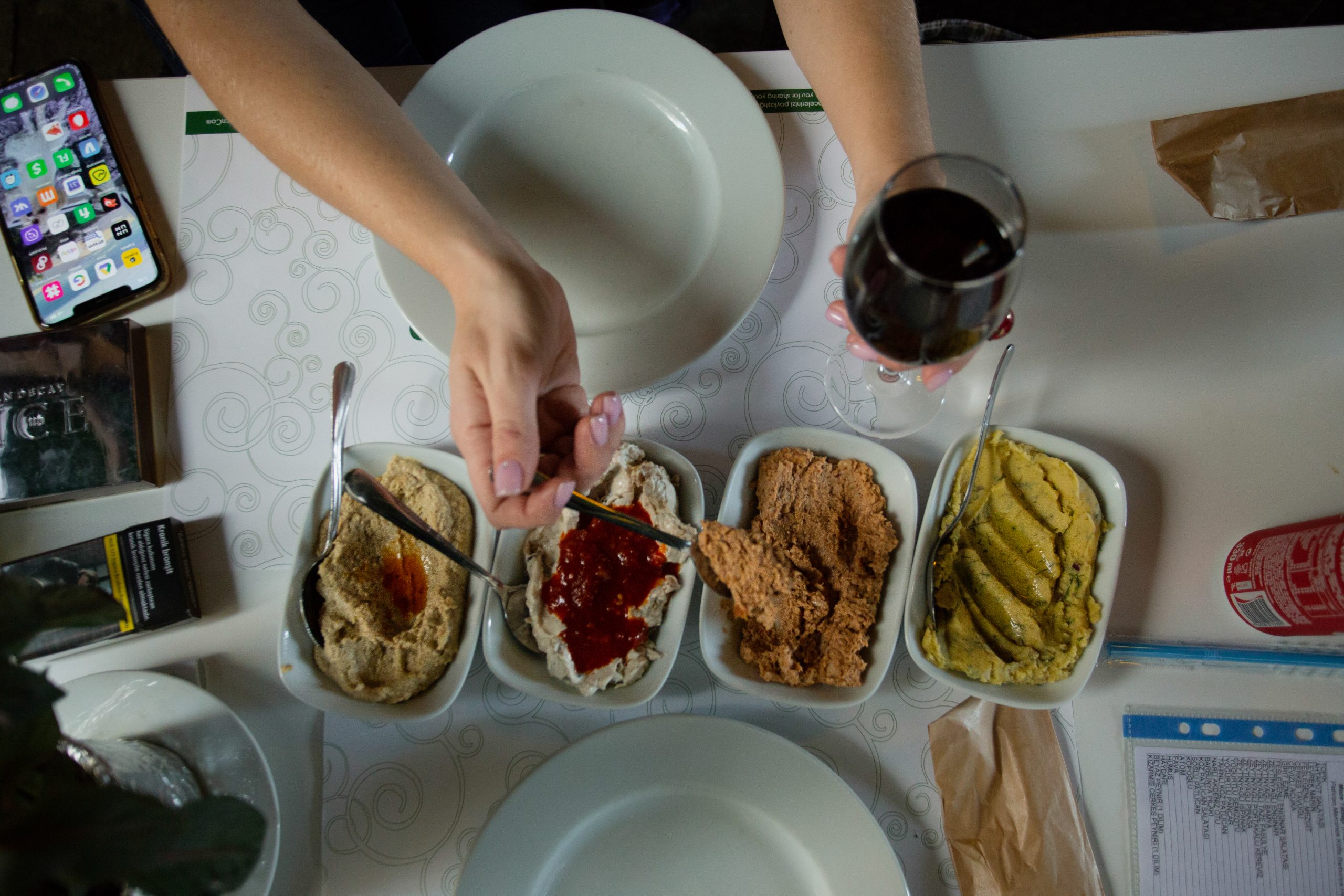 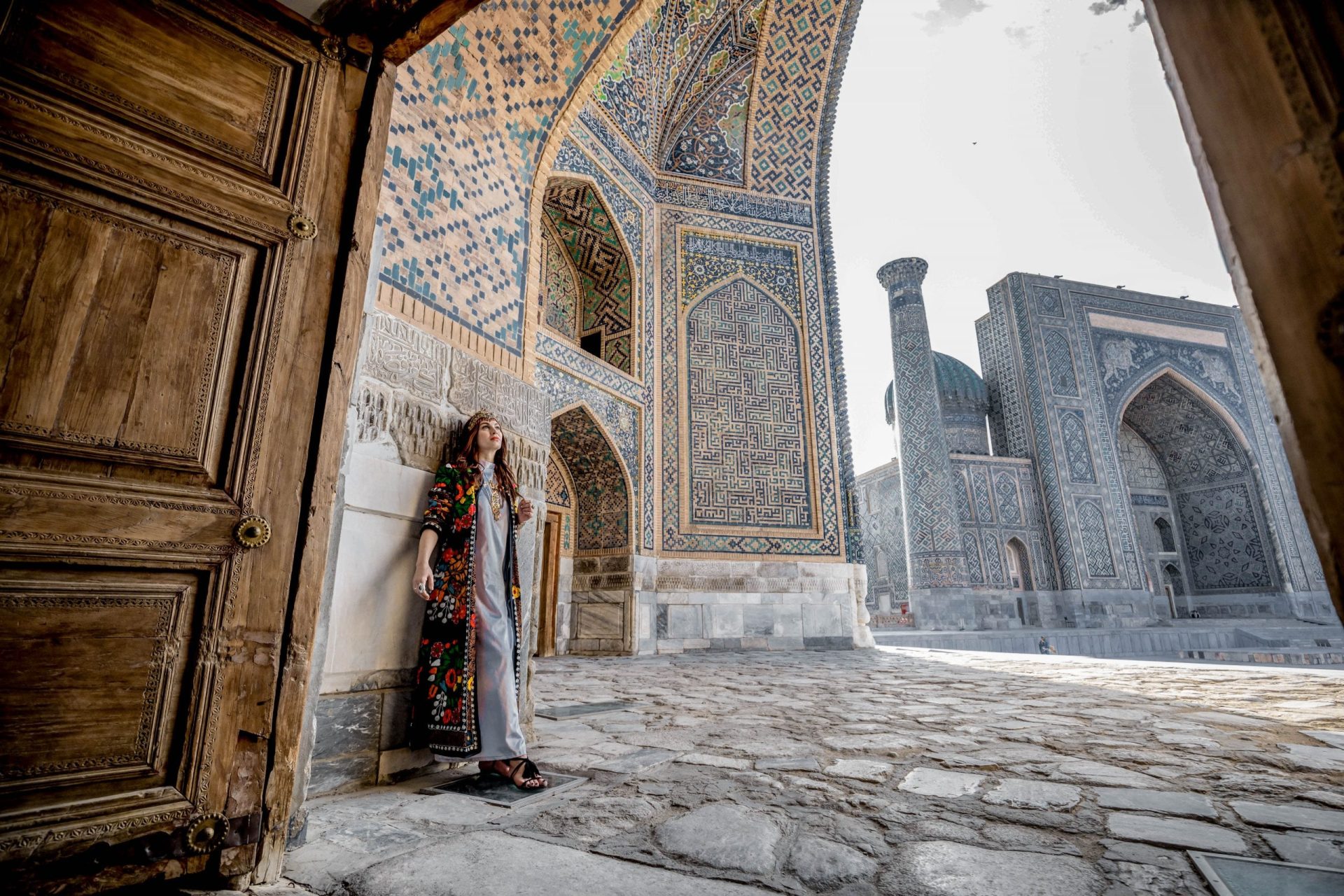 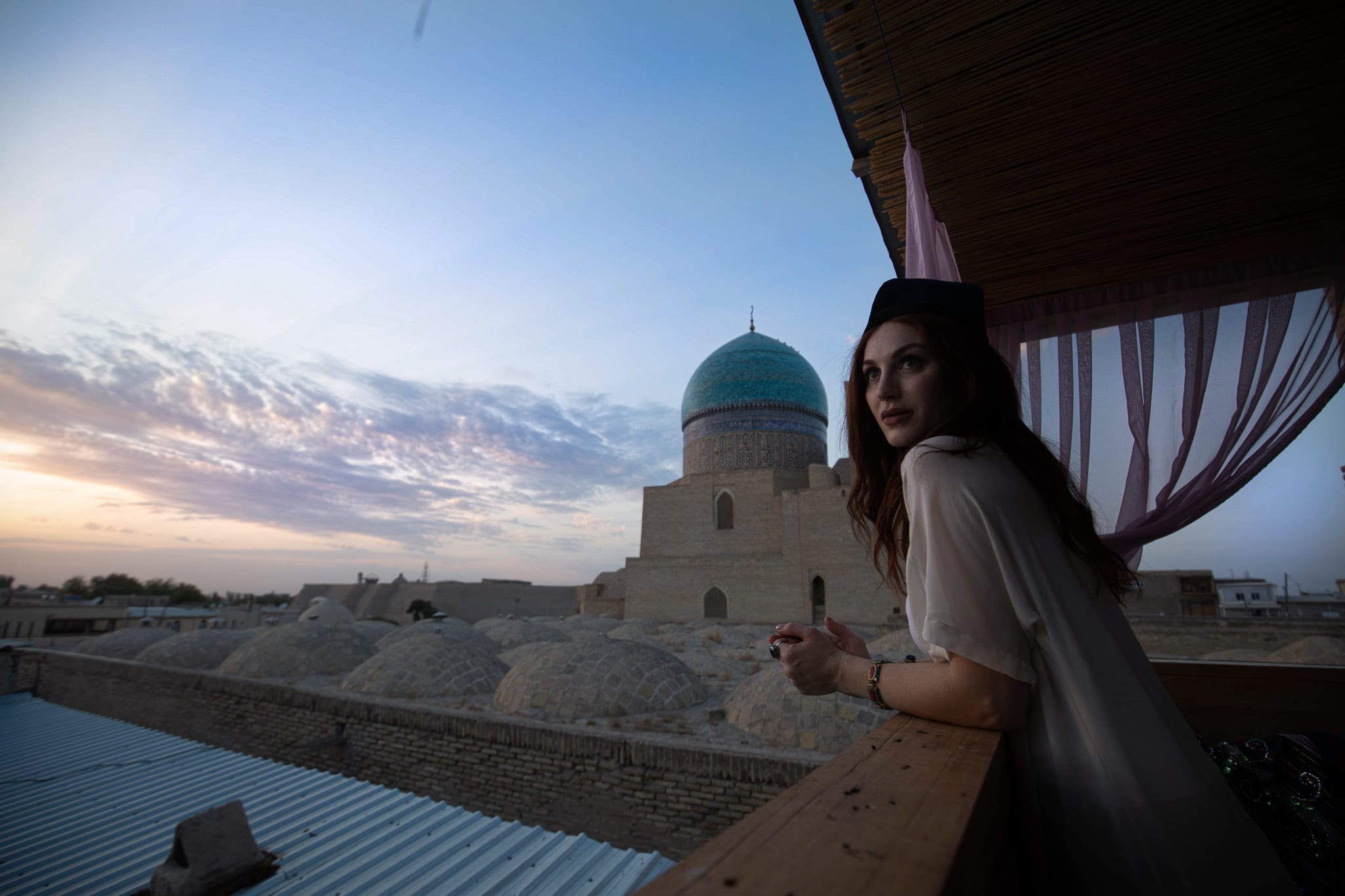