Morocco, Northern Africa, or as the Moroccans call it -Maghrib El Aqsa.

I’ve always been a sucker for mysterious chaotic cities, tropical oasis’s ,bustling medinas with hidden courtyards and any climate where bougainvillea blooms.

Imagine yourself drinking syrupy sweet mint tea on the terrace, overlooking the Medina, terra-cotta roofs and the sound of prayer is making it all look even more loin another world. This is Morocco. To be more exact – The Kingdom of Morocco … how fantastic and exotic does that sound?
It has the magic and the mystery in the name – the Kingdom of Morocco.
Not only is it an unusual name for an African country, but Morocco is also a monarchy in Africa!
Actually, the locals do not connect to the African continent and feel like they belong more to the Middle East or Europe. And this is precisely how it is.
Morocco is stuck in between. For Europeans – the country is an accessible version of the East. For Arabs – a solid West.

The Arab Spring didn’t hit the Kingdom. Women have equal rights and are not obliged to follow the dress code; tourists can buy alcohol in most places. . The Kingdom of Morocco loves color:

Did you know that each city has its own taxi color?
How incredible is that!?

Most of Morocco’s beaches are suitable for swimming. There are only a few areas where the waves are too rough.
The strip of sandy beaches stretches along the entire western ocean coast of Morocco. Then continues in the north, where you can also swim in the Mediterranean Sea.

The most popular beach destination in Morocco is Agadir, with an expansive coastline of almost 7 km, developed infrastructure and hospitality. Adagio beaches are suitable for families with children; the waves are gentle, and the coastline is smooth.
Adagir is the intersection of two worlds:
There are luxury hotels for the Europeans, who feel quite at home here since colonial times; on the other side, there are Moroccans who are making a living in the tourism industry.

The gleaming city sends every kind of Arabian night vibe when the sun goes down. It has an emerging club scene and world-class dining.

Marrakech is equally impressive during the day. The city of contrasts, colors, traditions and trends.

Jamaa el-Fna square is a must-see – after all, only here can you enjoy the city’s unique flavor. Imagine artists, street performers, and heralds bring the show to the streets, adding to the chaos and vibrancy that Moroccan towns are all about.

The best way to get to know the soul of Marrakech(if it has one) is to get lost in its steep, narrow streets of the medina. If you haven’t gotten lost in the medina maze, you haven’t been to morocco.
Hammams, courtyards, souks, riads – you can get dizzy from all the excitement and authentic sights around.

Morocco’s climate varies from one part of the country to another. Due to its proximity to the Atlantic Ocean and the Sahara Desert, every region has a different climate zone.

The diversity of these climate zones is what makes Morocco unique.

Morocco boasts a variety of awe-inspiring landscapes. Thanks to the different climate zones, Morocco has it all! From the ocean coast and vast sandy deserts to white snow-capped mountain areas. The High Atlas is the most incredible mountain range in Morocco, stretching from the country’s central part to the south. Filled with gorges, forest hills, and waterfalls.

One of the most popular and still unique things you can do( and should do) in Morocco is a camel ride between the sand dunes of the Sahara Desert and green oases!

Compared to their eastern counterparts, Moroccan Mosques are characterized by architectural precision and “properness”.

For example, instead of domes, there is a high four-sided minaret and just one floor of the rest of the building.
The Andalusian (aka Moorish) vibe makes them look like a harsh fortress on the outside. At the same time, the interior decoration blooms with ornaments, embellishments, ceramic mosaics, and embroidered quotes from the Koran. You will be greeted by traditional arches at the entrance to any mosque. Most of us, foreigners, can only take a peek: morocco is one of the countries that forbid non-muslims from entering a mosque.

The cities of Morocco are spreading in width. Today, some towns have two medinas – the new center was erected nearby to preserve the history and avoid “overtourism”.
Every building in the medina,secretly, deep down, dreams of becoming a fortress. You can tell by the rectangular towers on almost every building stretching as far as the eye can see.

The majority of Morocco’s population consists of Berbers and Arabs. Everyone knows exactly what ethnic group they belong to, though each group prides itself in being Moroccan.

“God, Motherland, King” – says the inscription on the mountain above Agadir is the best way to describe the values hierarchy of the Moroccans in one sentence.
It’s almost impossible for a foreigner to obtain Moroccan citizenship. As it is impossible to refuse it. 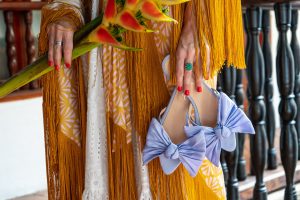 What To Wear In Cartagena? A Perfect Packing List

Cartagena packing list and outfit ideas What will you be wearing when you travel to Cartagena?Walk the walled city of Cartagena? Explore the booming restaurant 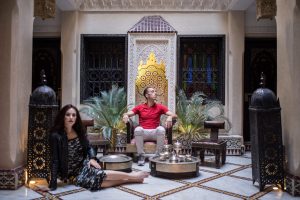 8 Fabulous Things To Do in Marrakesh, Morocco

Nicknamed “Rose City” or “Red City” due to its rose-tinted facades, there is a little bit of everything in the hottest city of Morocco. Marrakesh