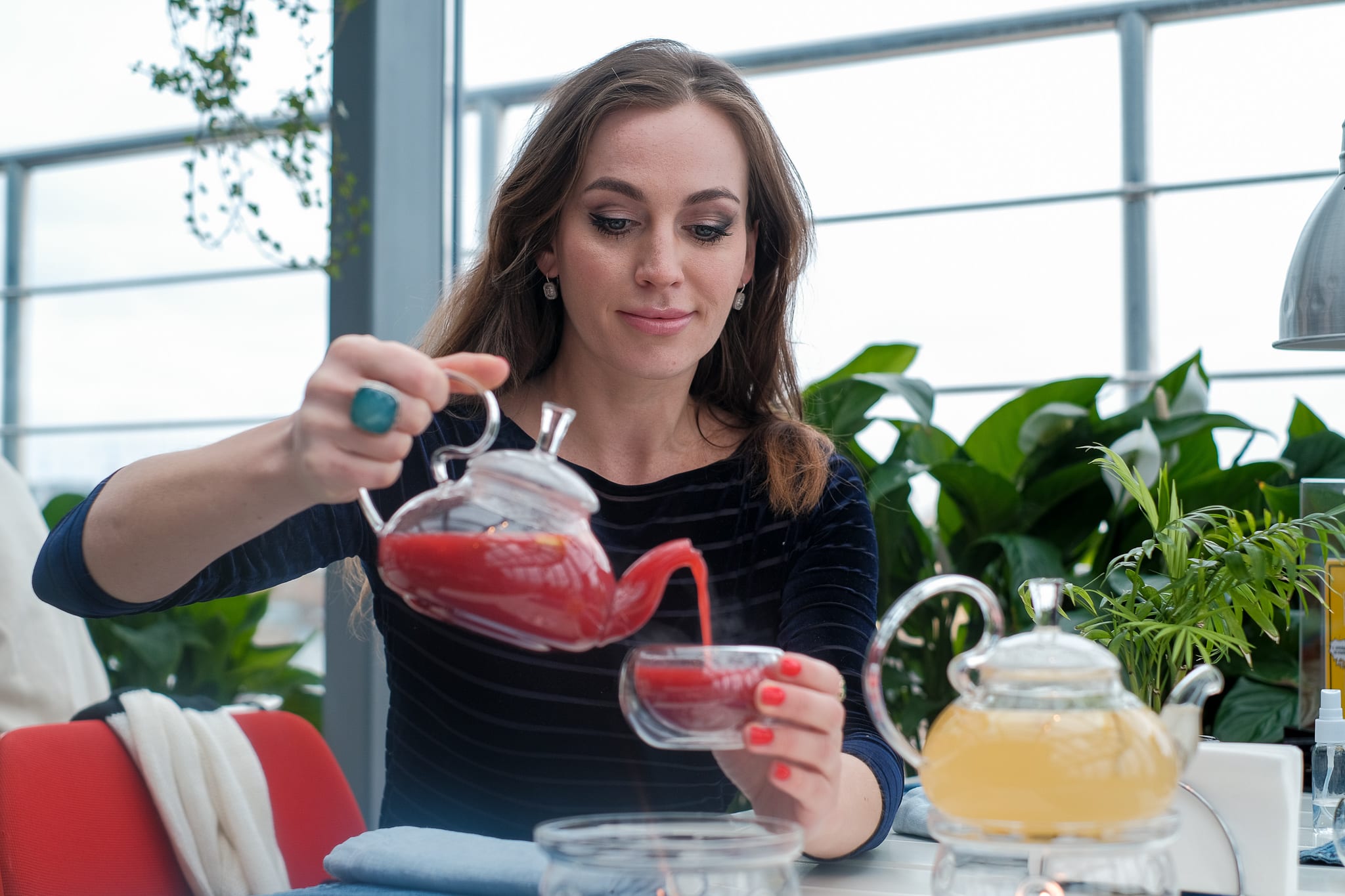 Russian cuisine has been evolving for hundreds of years, borrowing and adapting dishes from other nations. As you would expect, this cuisine is varied and exciting. A lot of Russian dishes are made with cheap, nourishing and locally available ingredients, since they were developed to feed large families.

Food and drinks to try in Russia

Russia is so huge that dishes vary from region to region. The country is actually 6.6 million square miles in size! For this reason, it’s no surprise that Siberian cuisine is very different to that of Moscow, for example, while popular dishes in the Volga area are not the same as those enjoyed in the north.

This cuisine dates back to the 10th century and it started becoming really diverse in the 15th century. The Russian oven was used to prepare a majority of the dishes, with baking and stewing being popular cooking methods. Foods weren’t fried back then since the closed Russian oven wouldn’t get hot enough for that.

These huge Russian ovens aren’t used any more today but historically they were multi-functional. They would heat the house and offer both slow-cooking and quick baking options. This heat source was in the middle of the main room in the house and Russians would even sleep on top of it during extra cold nights.

The many forests, rivers and lakes throughout the country contributed to dishes made with game meats, fish, berries, and mushrooms.

Vegetables are plentiful in Russian recipes. They can be pickled and preserved to last throughout the long winters. Vegetables are easy to grow and cheap.

Vegetables such as cabbage, turnip, radish, cucumbers, and peas have been used since the 9th century. Potatoes didn’t appear until the 18th century. Early Russian salads were made with just one vegetable, which is why they’re named potato salad, cabbage salad, and so on.

Russian lakes and rivers are full of pike, sturgeon, ruff, roach and perch, so fish has been on the menu for centuries. Fish was also caught during the winter so rich fish stews were a popular dinner idea.

Few Russian meals are served without bread. Not only is bread popular in Russia but all kinds of roasted and baked dough-baked dishes. Baked food makes an appearance during holiday feasts and religious celebrations. Most households have their own particular favorite pie recipe.

As well as being used to make bread, grains are processed to make Russian porridges. These can be savory such as stewed chicken or meat, mushrooms or roasted onions, or sweet with fruit or berries. Grains including wheat, rye, barley, and oats were planted in Russian fields. Grain porridge always has been, and still is, a staple Russian dish.

A Look at Modern Russian Food

Today Russian cuisine is even more vibrant and colorful than ever before. The culinary smorgasbord ranges from sweet and savory pastries and pies, tasty borscht, fish and meat stews, delicate pancakes, caviar, and more.

Traditional Russian meals include boiled and stewed dishes, along with baked meat, poultry and fish.

A traditional breakfast would be grain porridge, open sandwiches, fried or boiled eggs, or cereal. For lunch, hot soup is popular, along with fish or meat, perhaps some potatoes, and then a sweet drink such as fruit juice.

Russian appetizers include pickled vegetables, caviar, salads in oil or sour cream, herring, salted mushrooms, and sauerkraut. When a guest arrives at a Russian home, a selection of appetizers is usually brought out.

Bread and other flour-based products are typical in Russian cuisine. Minced meat pies, boiled eggs and mushrooms are wonderful served with pickles and fish soup. Russians enjoy beef, pork, lamb, and poultry, as well as dried, salted fish which can be smoked.

Russian bread is traditionally black and made with rye. It’s served with cabbage soup, stews, and other main dishes.

Russians typically eat 4 meals a day beginning with zavtrak (morning coffee). Obyed (lunch) is next and this two-dish meal lasts from 12 noon until 1PM. Baked buckwheat or kasha is a common lunch dish.

Uzhin (dinner) starts around 6PM and is usually 4 courses. There will be various appetizers like bread with herbed butter or cheese, or herring in an oil and vinegar dressing. Soup can either be the first course or entrée. Solyanka (tomato chowder) is one popular option, along with cabbage soup or borscht.

Roasted meat with root vegetables and potatoes might be the main course, while cheesecake or ice cream. Russians will enjoy the fourth meal of the day around 9 or 10PM. This will be coffee or tea and cakes such as apple cake.

Bliny, or Russian pancakes, deserve their own mention, since they are a real staple and internationally known. Traditionally thick and made with yeast dough, the modern Russian pancake is thin, largely down to European influences.

These tasty pancakes are good with oil, honey, jam, sour cream, or other toppings or fillings. Other Russian pancake pairings include meat, cottage cheese, fruits and berries, and mushrooms.

Pancakes date back to the 9th century and a batter made of eggs, milk and salt was poured into hot oil in a pan. The pancake should be lump-free and it does take a Russian chef some practice to get them perfect.

Borscht, a thick beet soup, is a real cornerstone of Slavic cooking. There are many ways to make this soup. Some recipes feature tomatoes or tomato paste, while others might include celery, bell peppers, or even fish. It can be cooked with meat and lard, or include fish, chicken, or mushrooms.

Borscht can be served hot or cold, depending on the season as well as personal preference. Boiled eggs, sour cream and herbs often feature in borscht recipes.

The traditional recipe for borscht is labor-intensive and takes several hours. The beets have to be boiled or stewed separately, while the other vegetables are fried, a stock is prepared and so on.

The most famous Russian dish overseas is probably pelmeni which dates back to 14th century Russia. Meat such as beef, pork or lamb is wrapped in a flour, egg and water dough. The resulting dumplings are then boiled in salted water and served with mayonnaise, oil, mustard, and spices.

Russian dumplings freeze well so it’s typical for a family to prepare a huge batch and freeze some. In Siberia, moose, beef and pork were the meats of choice for dumplings. These days a ground beef and pork mixture is more common. The dough has a special flavor because ice water is used to make it.

Another famous dish overseas, Russian salad, or Olivier as it’s called in Russia, is a must-have on the New Year table. This dish was named for chef Lucien Olivier who created it back in the 19th century.

Boiled carrots and potatoes, hard-boiled eggs, sausage, green peas, dill weed, and green peas are the traditional ingredients to make it. Everything is diced and mixed with mayonnaise.

This is a big piece of beef, venison, or hare fried with root vegetables and then roasted in the oven until tender. A berry or vegetable sauce would finish off the dish.

Fatty cuts of meat are preferred for making Russian roast, along with roughly chopped potatoes. Traditionally pork, lamb or even bear meat were popular for roasting.

This mouthwatering combination of beef in a sour cream sauce dates back to the 18th century. Beef, noodles and mushrooms combine with a rich, hearty sauce.

Quail meat is really flavorful and quails were served to the Tsar’s table in Russia. These juicy, delicate little birds were hunted rather than bred.

The Volga region is famed for making Pomadka which is like fudge and made with butter, sugar and milk. It’s still popular with tourists today.

The Leningrad Region, including St Petersburg, is famed for Polyarny which is waffle cake. It’s made of several waffle layers with buttercream.

Cone varenya is a kind of jam from Siberia made with pine, cedar or fir cones. Omichka is also popular there and this unusual dessert contains both salty processed cheese and sweet buttercream.

The Caucuses area is famed for healthy desserts containing plenty of nuts and fruits. Churchkhela is a rich confection made with grape juice, flour and nuts.

Pryanik is a rich dessert from the Tula region with pastry, soft honey, berries, fruit, and condensed milk. East Russia is known for crowberry, a rich and tangy fruit.

Kolomna in the Moscow region is famed for pastila. This traditional Russian dessert is made from apples, sugar and egg whites. The dairy capital of Russia is the Vologda region. Chocolate butter is a local favorite there.

Russian cuisine is certainly diverse and several dishes are known and loved all over the globe today! 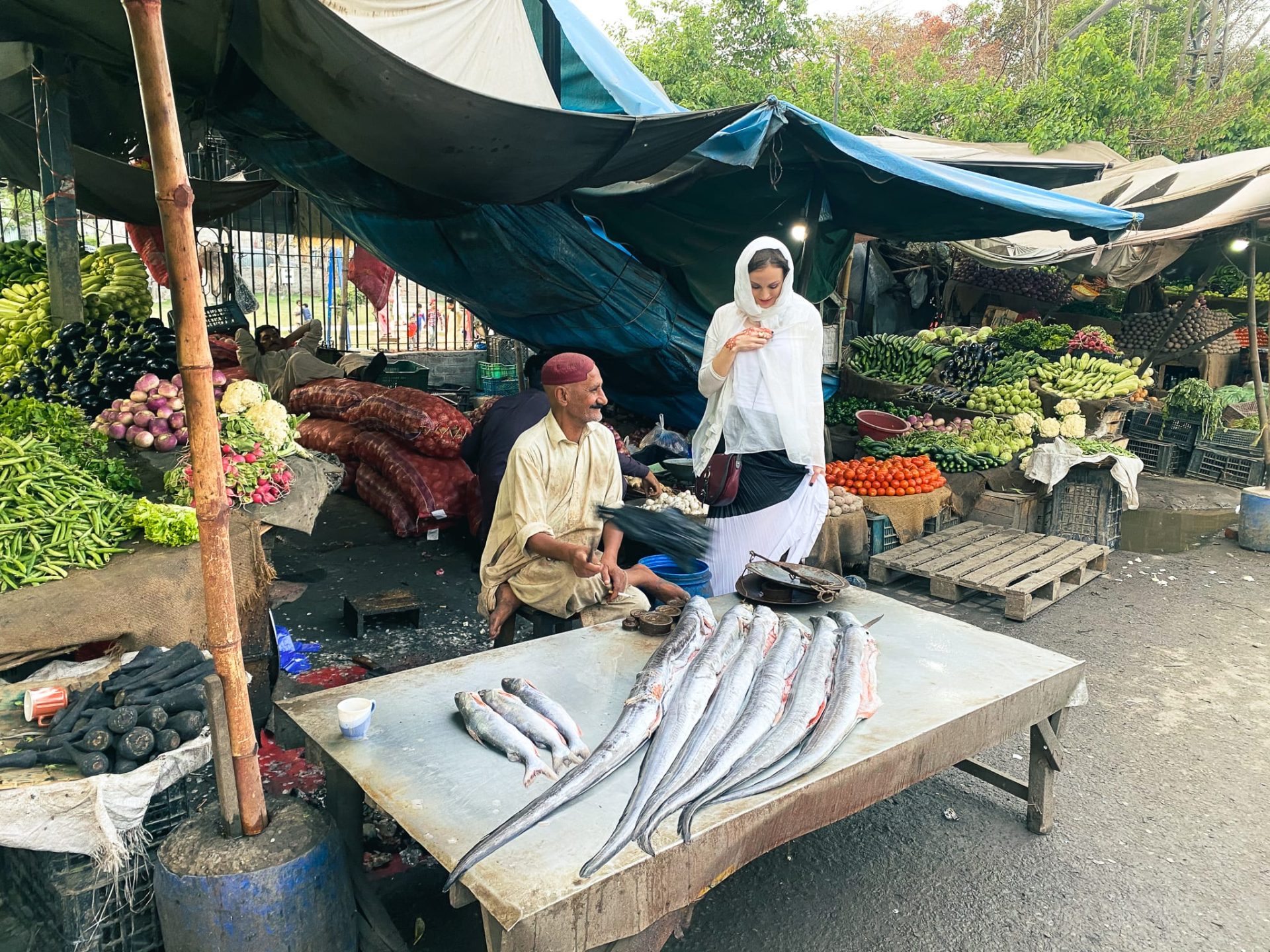 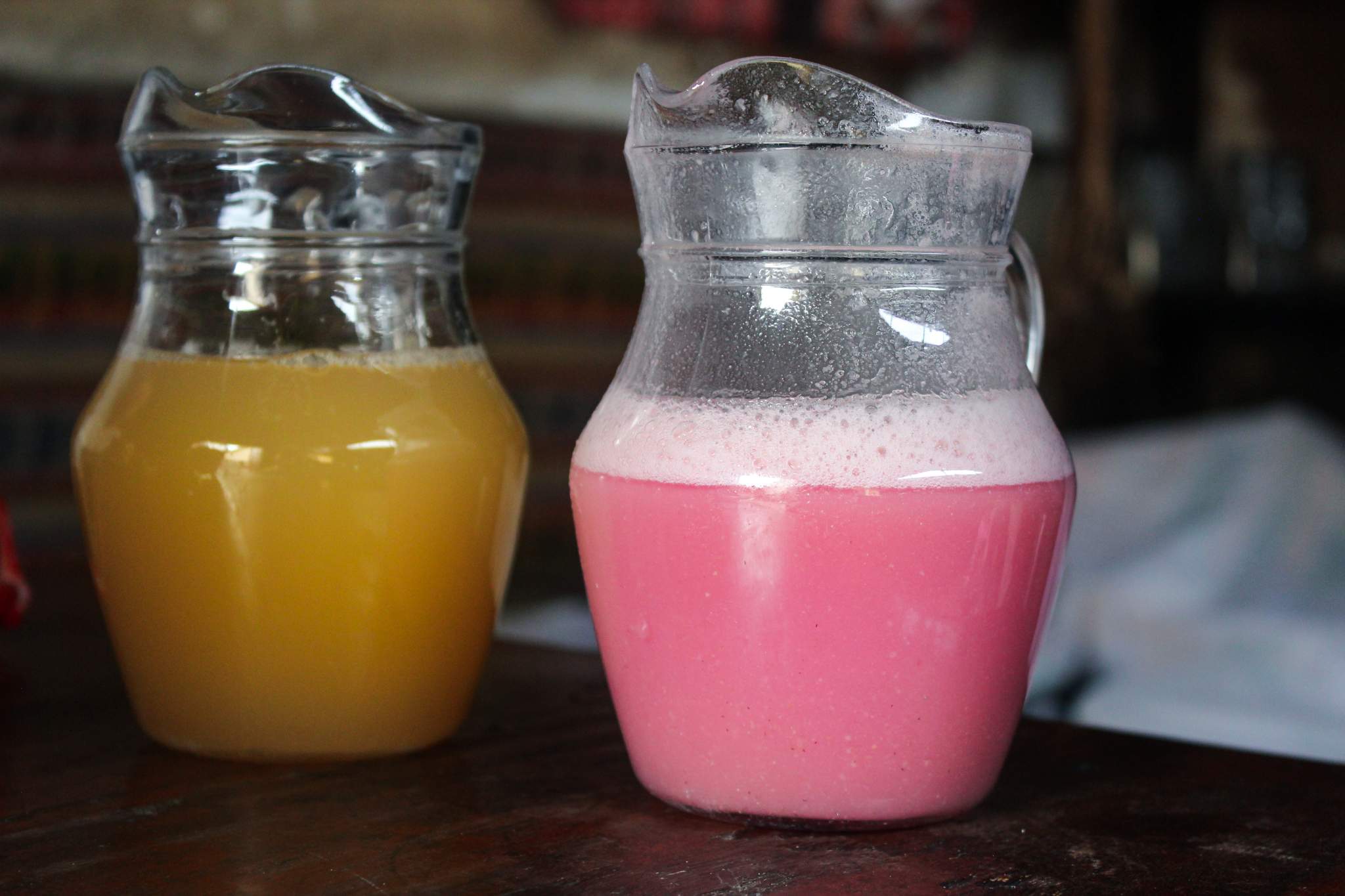 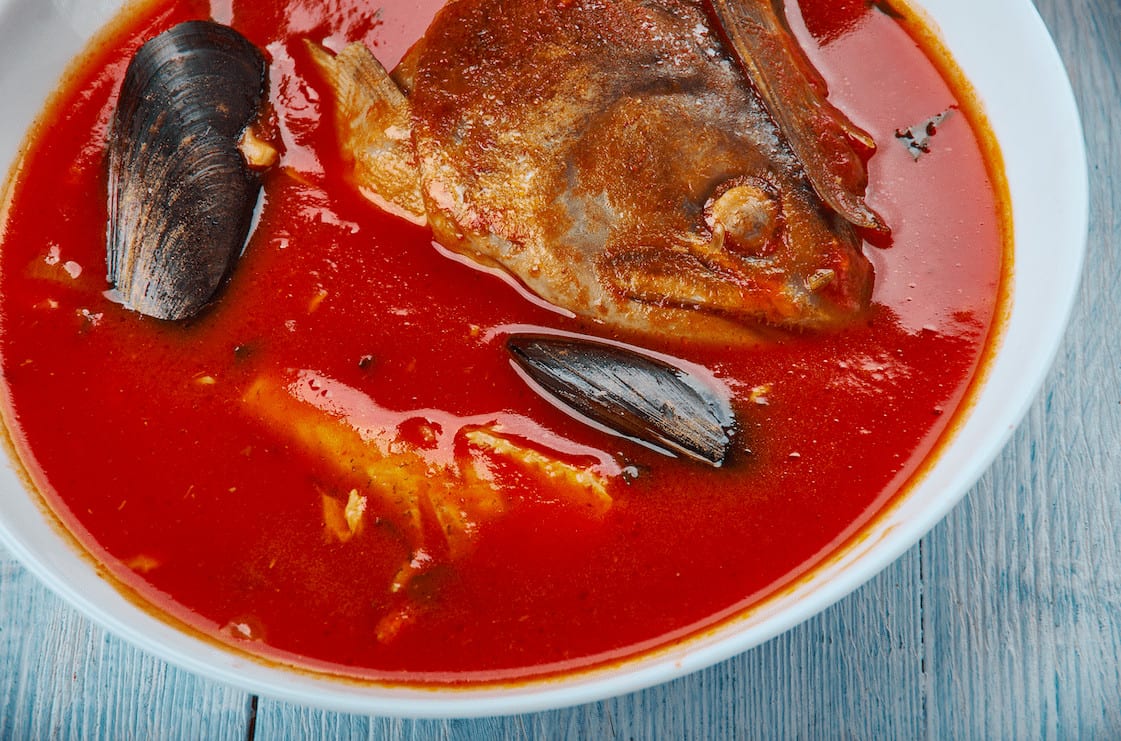 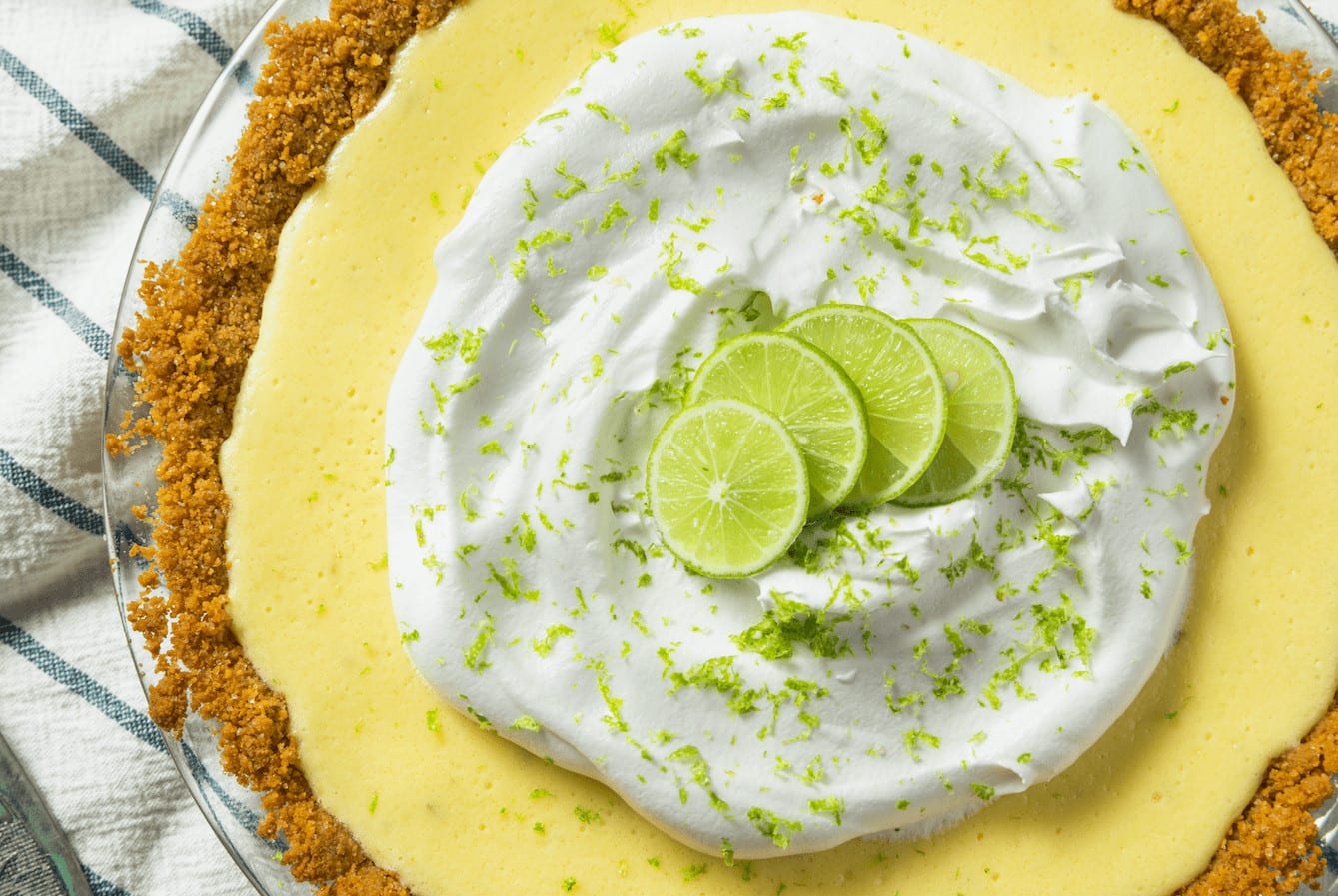