Honduras is an up-and-coming travel destination

Overlooked for many years by all but a few intrepid tourists, Honduras has been ignored by travelers for decades but recently experienced a tourism boom fueled by travel blogging and political stability measures.

Things are still not entirely stable in Honduras. Lack of tourist facilities and resorts and bad roads.

Places to visit in Honduras

Pico Bonito has the most pristine nature, eco-lodges and magnificent plant and animal life.

But it is Bay islands that attract tourists most to Honduras. The Bay islands don’t even look like part of this country but as part of the Caribbean. There you’ll find the most comprehensive range of accommodations, from luxury hotels and dive reserves to treehouses.

The biggest islands are Roatan, Utila and Guanaja, located approximately east to west parallel to the coast.

The bay islands have been inhabited mostly by the descendants of pirates and British pioneers.

On the east, Utila is a fit more to the budget traveler – backpacker. It is famous for diving schools. The beaches are not as Caribbean as the white sand beaches of Roatan, but diving spots around Utila are known to be the best in Central America.

Deep-sea diving is the primary draw for many travelers. Snorkeling in Utila, however, is stellar.

Copan Ruins - a must visit sight in Honduras

Only 8 miles away from Guatemala City and the Guatemala border are the Copan ruins. The mystical Maya sight lures history travelers to Honduras.

Every monolith is preserved perfectly. You can see all the most delicate details of the Maya art—portraits of Maya rulers wearing enormous headpieces, glyphs, animals and other symbols of ancient culture. 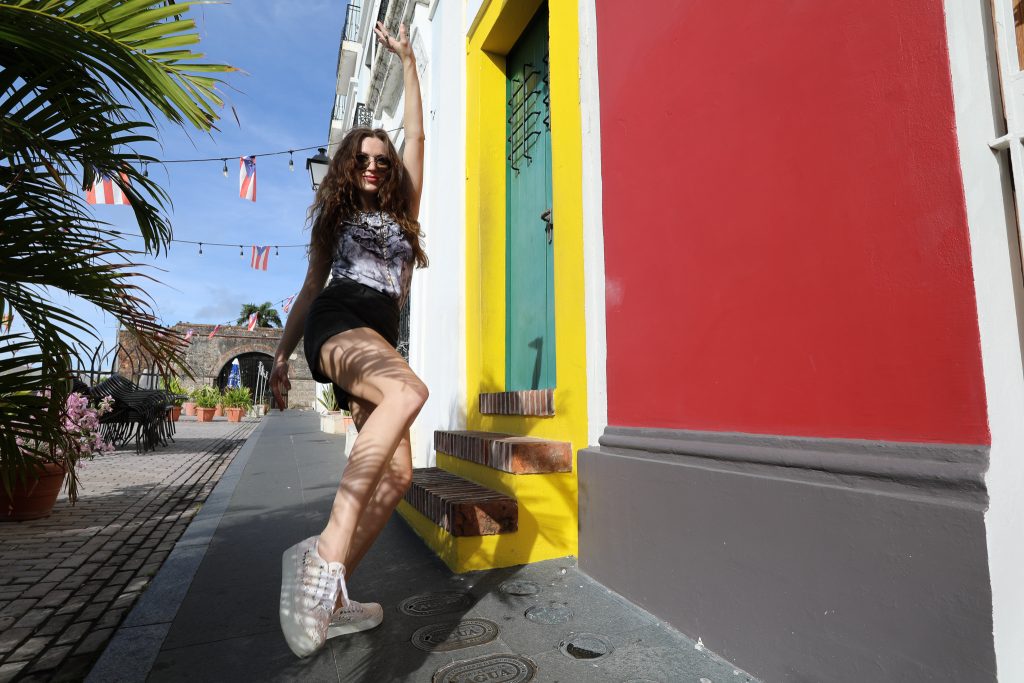 Things to Do in San Juan,Puerto Rico

There are two San Juans. One is loud, touristy, with cruise ship passengers coming and going, souvenir-clogged streets buzzing casinos, and local bars serving rum-based cocktails starting at 10 am. And the more authentic San Juan, full of Art Deco jewels carved into historic Spanish inheritance, modern art scene growing at the speed of light, and the warmest, hospitable people… 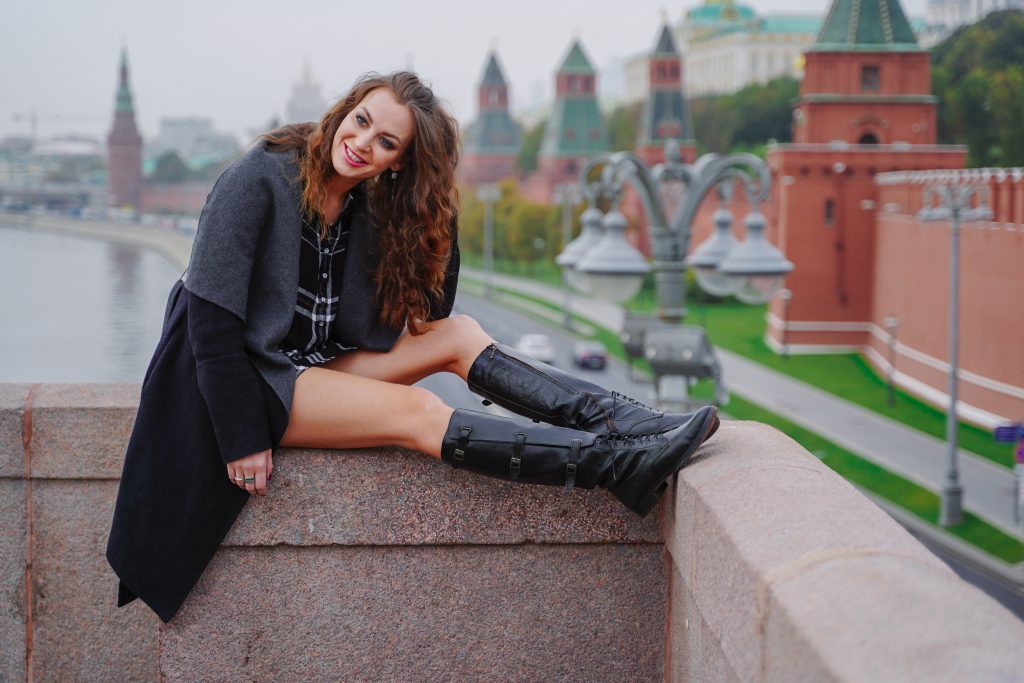 Red Square is much bigger than it looks like in movies. It can take up to 6 hours to walk and see all of the Red Square sights, each of which is an architectural masterpiece. 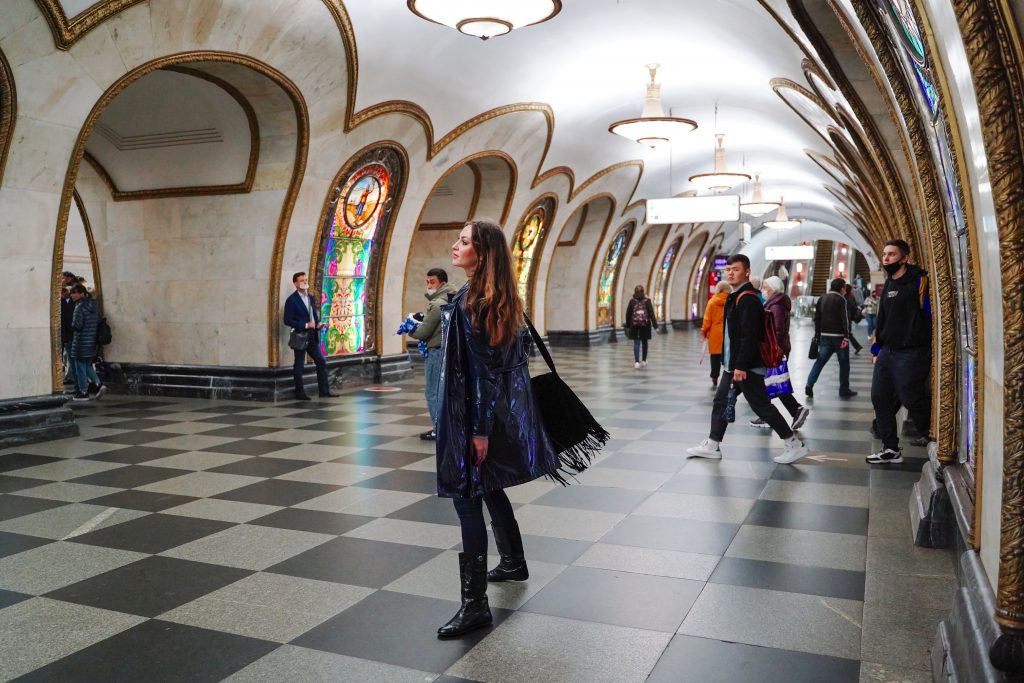 Moscow metro is among the cleanest and most beautiful in the world.It won’t be an exaggeration to say that the Moscow subway is an underground museum. Out of its 250 stations, 44 are recognized architectural monuments and national heritage. Compared to the dirty, menacing subways of Paris and New York, the Moscow metro is pristine. There is free wifi, bathrooms… 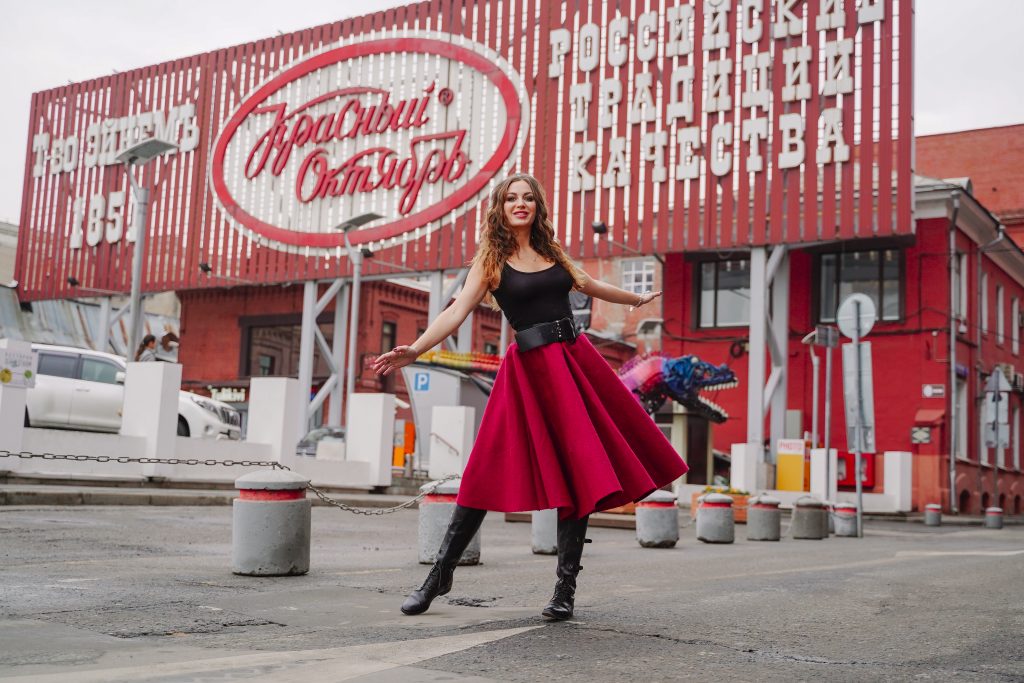 Red October factory is what used to be the city’s sweetest scene is now the coolest. The industrial setting is now turned into a district with galleries, cafes and event spaces. 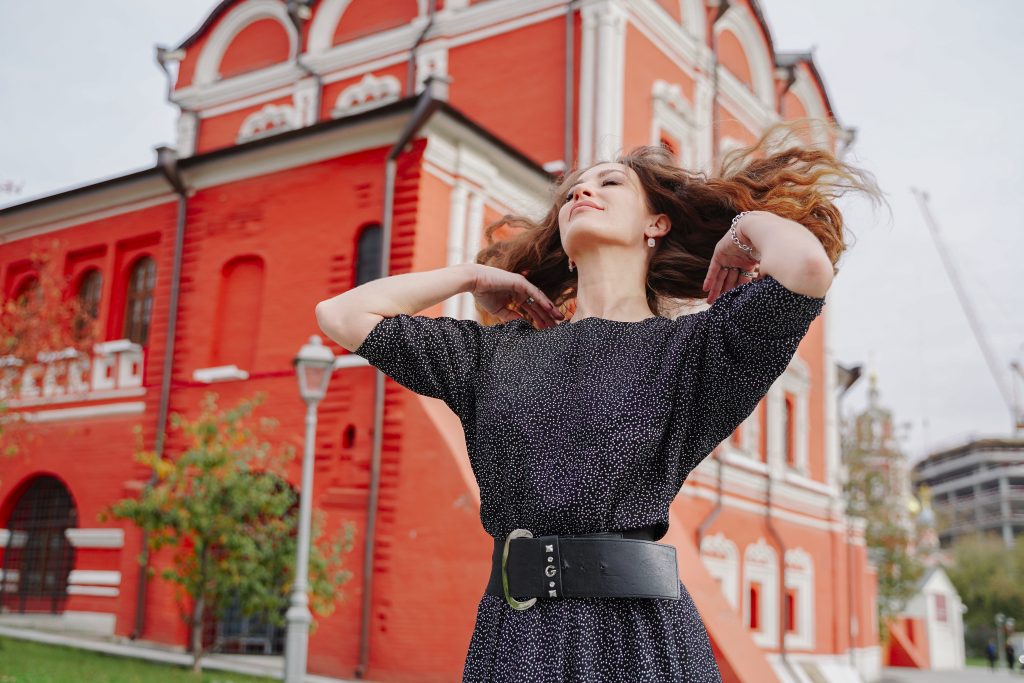 Moscow in One Day :Itenerary

Moscow in 1 day. A two hour walking route Russia’s capital is such an enchanting city, with such a rich cultural history.Moscow’s most convenient thing is that the key monuments, the absolute must-see symbols of Russia are all concentrated in the same area. It makes it easy to see the main sights if you have a one-day or even a…

Tretyakov Gallery For almost seven centuries, Russian artists painted pretty much one thing: icons. And they have gotten extremely good at it. Russian icons are inspiring, haunting and very exquisite. You see icons everywhere in Russia. Cathedrals, of course. Every taxi driver (and regular driver) will keep an icon or a set of icons in a car, taking the prime… 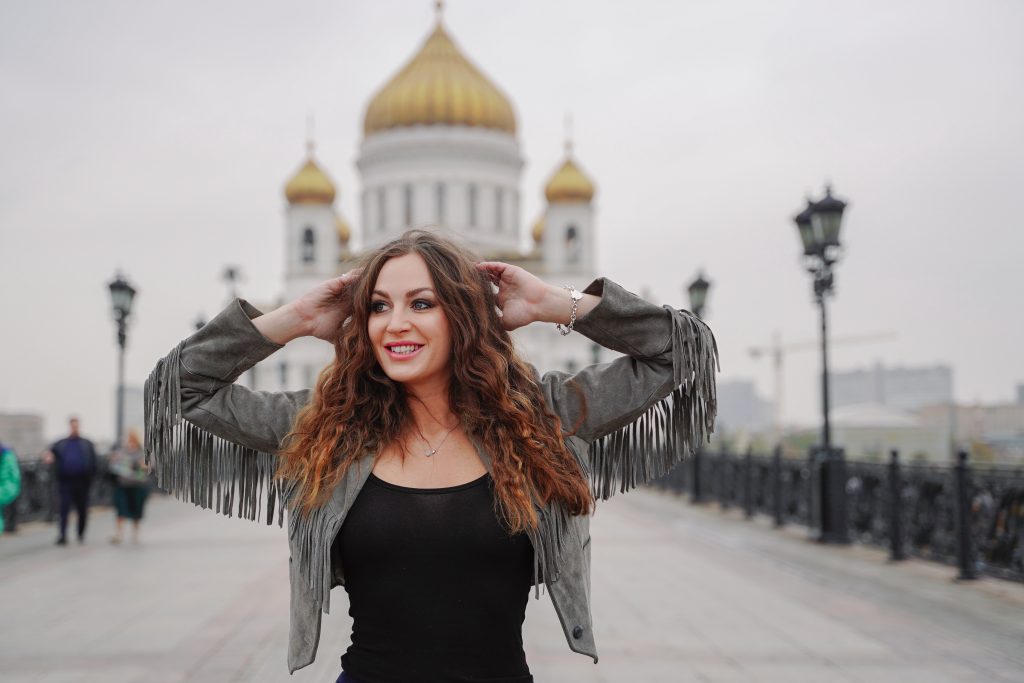 Even the locals who are always in a hurry and are used to hundreds of onion dome churches constantly in their sight still stop to admire the grandeur of Christ the Savior Cathedral. The cathedral is located on the Moscow River banks near the Pushkin Museum for the Fine Arts. For many Russians, the Cathedral symbolizes the effort to defeat… 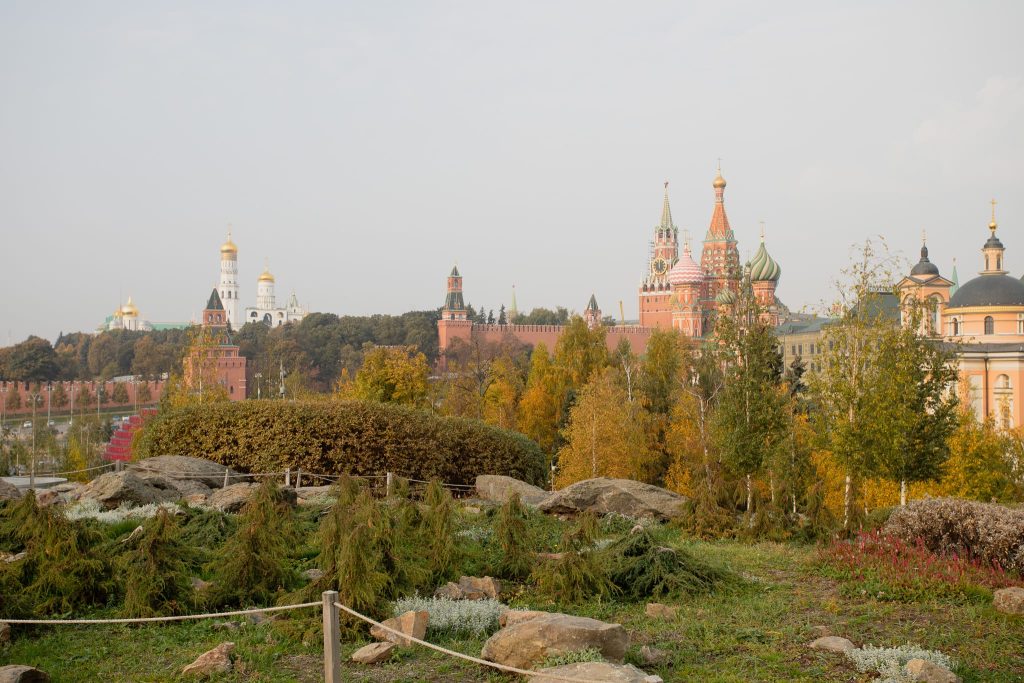 Muzeon Park Muzeon Park is a unique open-air museum of sculptures, the largest of its kind in our country (more than 800 works are presented in the park). Some may call it a sculpture graveyard, and it is a graveyard in a way. The sculptures of the soviet past by famous and unknown artists found their home after communism collapsed…. 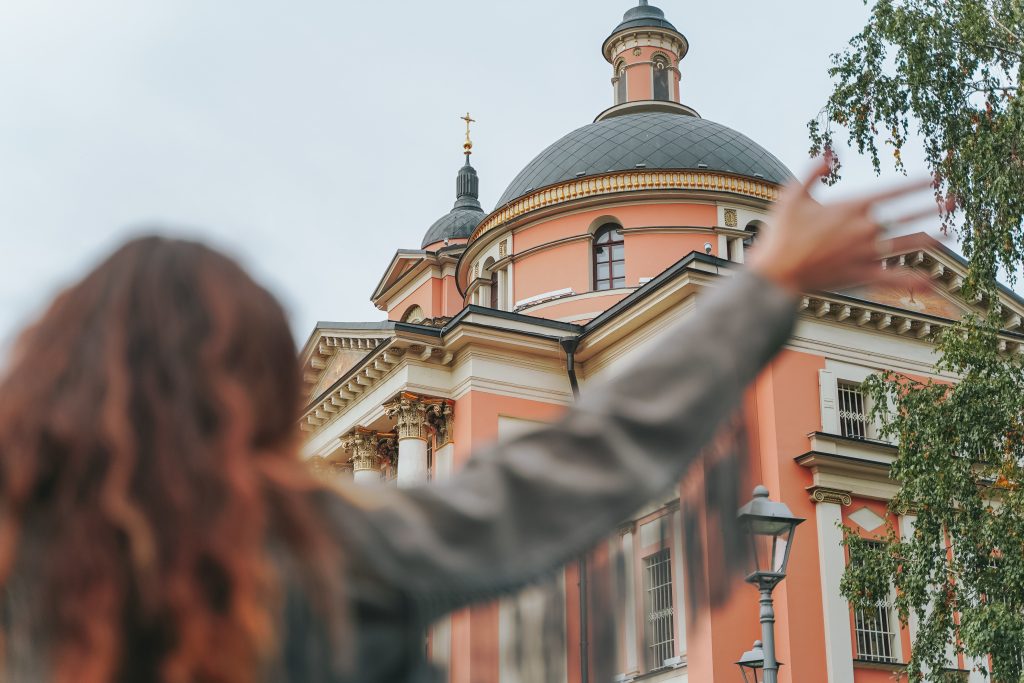 Kitay-gorod is of the most ancient capital’s district, adjacent to the Moscow Kremlin walls; Kitay-Gorod is rich in architectural monuments: the history of churches, cathedrals, estates and tenement houses goes back centuries. 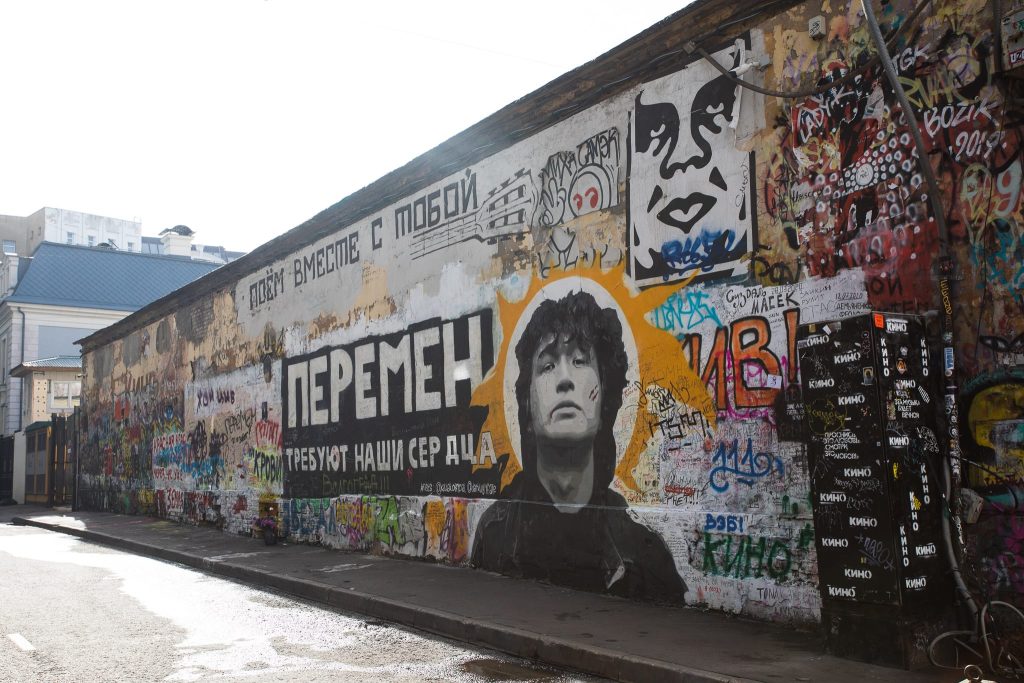 Old Arbat is the number one destination, where you come to see and to be seen. The Arbat is almost always buzzing. Locals are hurrying to work. Visitors are sightseing dozens of aspiring artists painting portraits and selling their paintings.